When I was about eight, I watched Alice in Wonderland over and over again. I loved the chatty and catty flower garden. I memorized all the Cheshire Cat’s lines. I hated the ending. I didn’t want Alice to back to her old life. I hoped she would learn to navigate the ins and outs of Wonderland. Later, I read Through the Looking Glass and learned that Alice became a queen–the first in my reading of fairy tales because most girls became princesses. But she still went back, discovering the whole episode was a dream.

This morning, while searching my brain for a post topic, I thought about Alice and her adventures. And that led to other girls who attempt escapades and the outcomes. 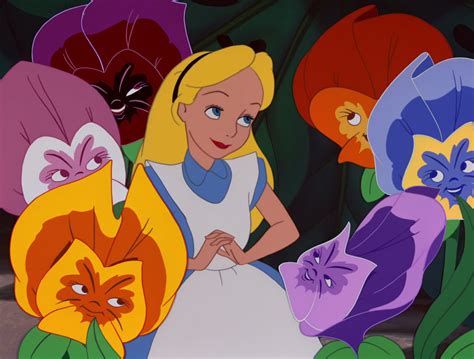 Firstly, they are never undertaken by choice. In the Wizard of Oz, Dorothy is conked on the head and awakens in Oz, all the time demanding to make it back home despite having wanted to run away with Toto before the tornado. Red Riding Hood was on an errand for her mother.

Secondly, the girls always want to return home. Dorothy and Alice takes on unimaginable risks because they want to go home. No matter how much danger they face and overcome, they still want to get back to the worlds they knew.

Lastly, and almost peripherally, they came from nice homes. These weren’t the Cinderellas or the Snow Whites, who were mistreated. Maybe that’s why they were in such a lather to get back home.

Of course the comparison is when boys from fairy tales leave home and go on adventures. They seek fame, fortune and tend to get both and much more. They never return home and really don’t want to return. Sometimes I’d watch Alice in Wonderland and wished she’d wandered a little longer.

3 thoughts on “Not all those who wander…”